A Landmark of 20th Century Architecture In Montjuïc

I’ve been collecting books on the history of design, but as it often happens, I wouldn’t actually read any of them. But the subject is really interesting, so when some time in April, Facebook showed me an ad of an upcoming crash course on the history of design, I gladly signed up for it. 5 lectures, almost 3 hours each, left me with a lot of new names and a plan for when the lockdown would be over, as it turned out that here in Barcelona, right under my nose there is an important landmark of European design, and I’m not talking about the famous buildings by Gaudí and other geniuses of Catalan art nouveau.

Whether you live in Barcelona, or visited this beautiful city as a tourist, you have most likely been to Montjuïc – a hill overlooking Barcelona, which can boast numerous attractions, primarily related to the legacy of the 1929 International Expo and the 1992 Summer Olympic Games. So it turns out that the small pavilion to the right from the fountain (if you’re facing the palatial Museu Nacional de Arte Catalán), is actually a marvel of the 20th century architecture, designed by Ludwig Mies van der Rohe, the last director of the Bauhaus and one of the pioneers of the Modern movement, which, if you live in Spain, should not be confused with the Spanish name for Art Nouveau – MODERNISMO. His design of the German pavilion for the 1929 Expo is minimalist and luxurious at the same time. Built of glass, steel, and different kinds of marble, the pavilion was conceived to accommodate the official reception featuring the national leaders of Germany and Spain.

The original pavilion was disassembled shortly after the Expo, but as time went by, it became a key point of reference for the 20th century architecture in general, so in 1986, it was reconstructed and open to the public. Although, I need to warn you that the building is rather small, and although it is apparently a must-visit for all architecture students and professionals, but if you don’t belong to the design world, you may find it underwhelming and not exactly value for money. But it is definitely an icon for architects!

From the Russian lecturer I also learned about the ‘Barcelona’ chair, which was designed by Mies and his collaborator Lilly Reich as a monumental object fit for a king, as the architects knew that King Alfonso XIII was going to attend the event. 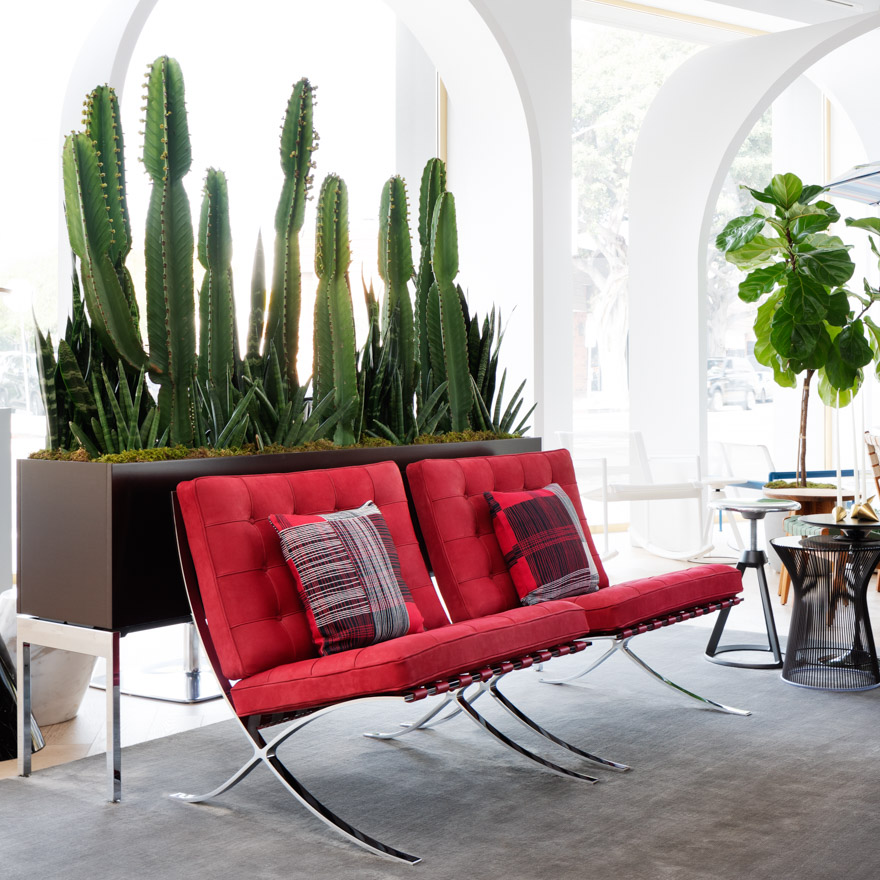 The lounge chair is still available from Knoll, and to be honest, I’m amazed at how relevant and modern it looks. I would have never guessed that it was designed more than 90 years ago, it’s truly timeless.

But you are very mistaken, if you think that this is the only chair, the history of which is rooted in or around Barcelona. The next chair is very popular around Spain, and probably, that has something to do with the fact that one of its three creators was born and raised in Barcelona. 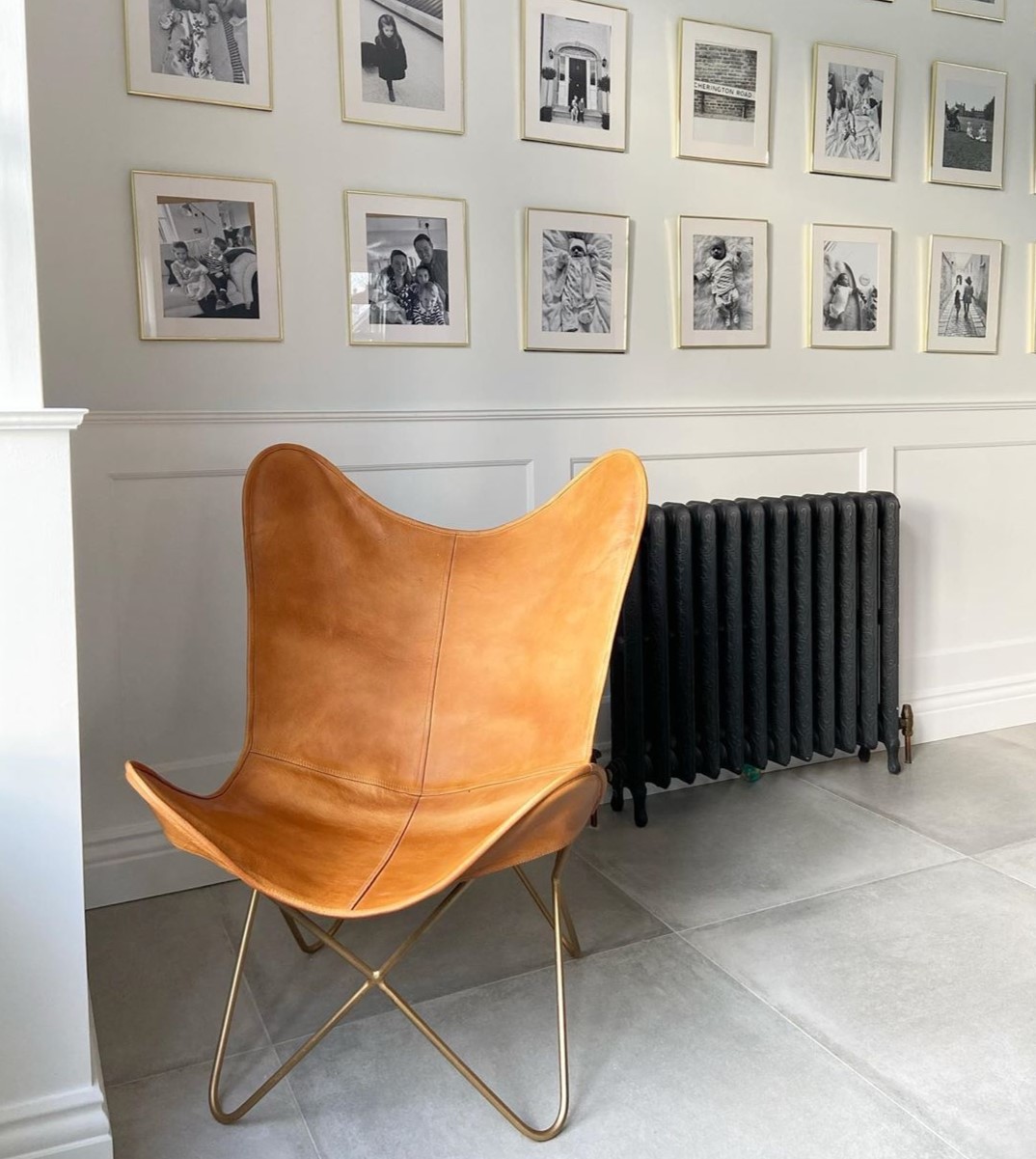 The famous BKV ‘Butterfly’ chair was designed in Buenos Aires in 1938 by the young Catalan architect Antonio Bonet, who moved to Argentina after spending some time at Le Corbusier’s atelier in Paris, and his partners Juan Kurchan and Jorge Ferrari Hordoy. The leather-and-iron chair became a huge success in 1940s, and the demand was so high, that it quickly became one of the most copied chair designs. A high-quality version of the ‘Butterfly’ chair made in Barcelona can be yours for slightly under 1000€, but cheaper versions are available on the market too. Just to put this price into perspective, a ‘Barcelona’ chair from Knoll is priced at around 6000€. 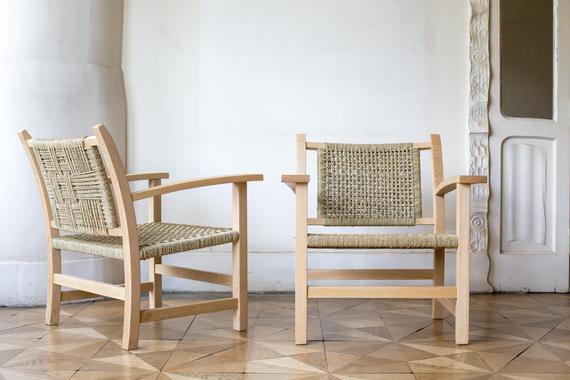 Finally, I want to talk about one more chair named after its creator – Torres Clavé. Barcelona-born architect Josep Torres Clavé lost hist life to the Civil War in 1939 at the age of 33 years old, but 5 years earlier, he created an armchair which secured him a place in the design books. Drawing inspiration from the traditional chairs used in Ibiza (cadirats), ‘Torres Clavé’ is a combination of oak structure and knitted strings. The armchair was designed for the prestigious Pavilion of the Spanish Republic at the International Exposition in Paris in 1937, alongside Picasso’s famous ‘Guernica’, Alexander Calder’s ‘Mercury Fountain’ and Miró’s ‘Catalan Farmer’. At present, the chair is re-edited by Mobles114, a high-end furniture company from Barcelona. 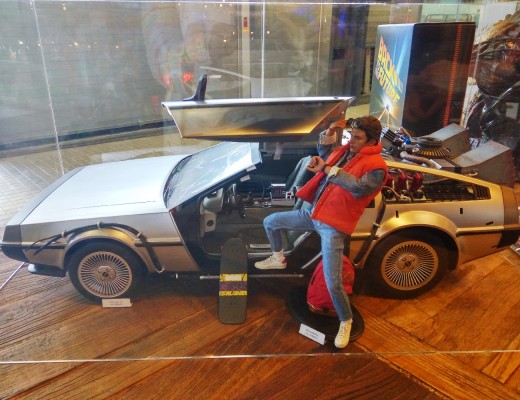 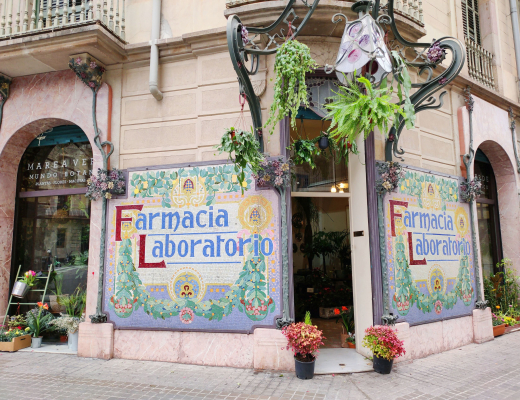 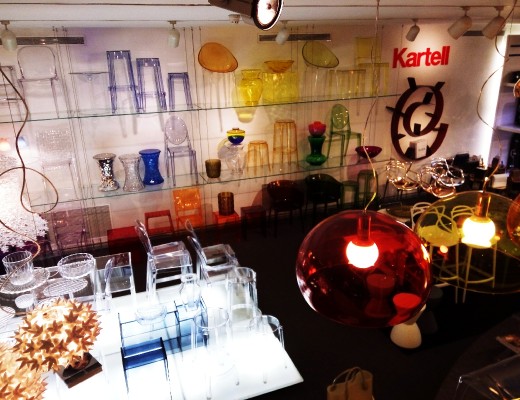 🇬🇧Back to BCN and presenting you my revamped

🇬🇧 After a couple of pretty stressful months