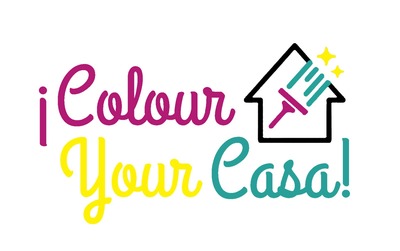 Barcelona has more than 700 hotels suited to any budget, but if you are looking for a really special place to stay during your visit to the Catalan capital, here is my selection of 10 luxurious and very beautiful designer hotels  Spoiler alert: Prepare to drain your purse!

If money is not a problem, do not miss out this truly unique opportunity to stay in one of the most emblematic buildings of the famous Catalan architect Lluís Domenech i Montaner, whose most prominent works include Hospital de Sant Pau and Palau de la Música Catalana (both an absolute must-visit!). Casa Fuster was built in 1908-1910 for the Fuster family, and back in the day, it was considered to be the most expensive house in the city because of the materials used in its construction, thus, it was the first house in Barcelona that featured white marble on the facade. The jazz cafe on the ground floor is popular with celebrities, thus Woody Allen not only chose it as one of the locations for  his Vicky, Christina, Barcelona, but on one occasion he even performed there, did you know he can play clarinet?!
Passeig de Gràcia, 132, web 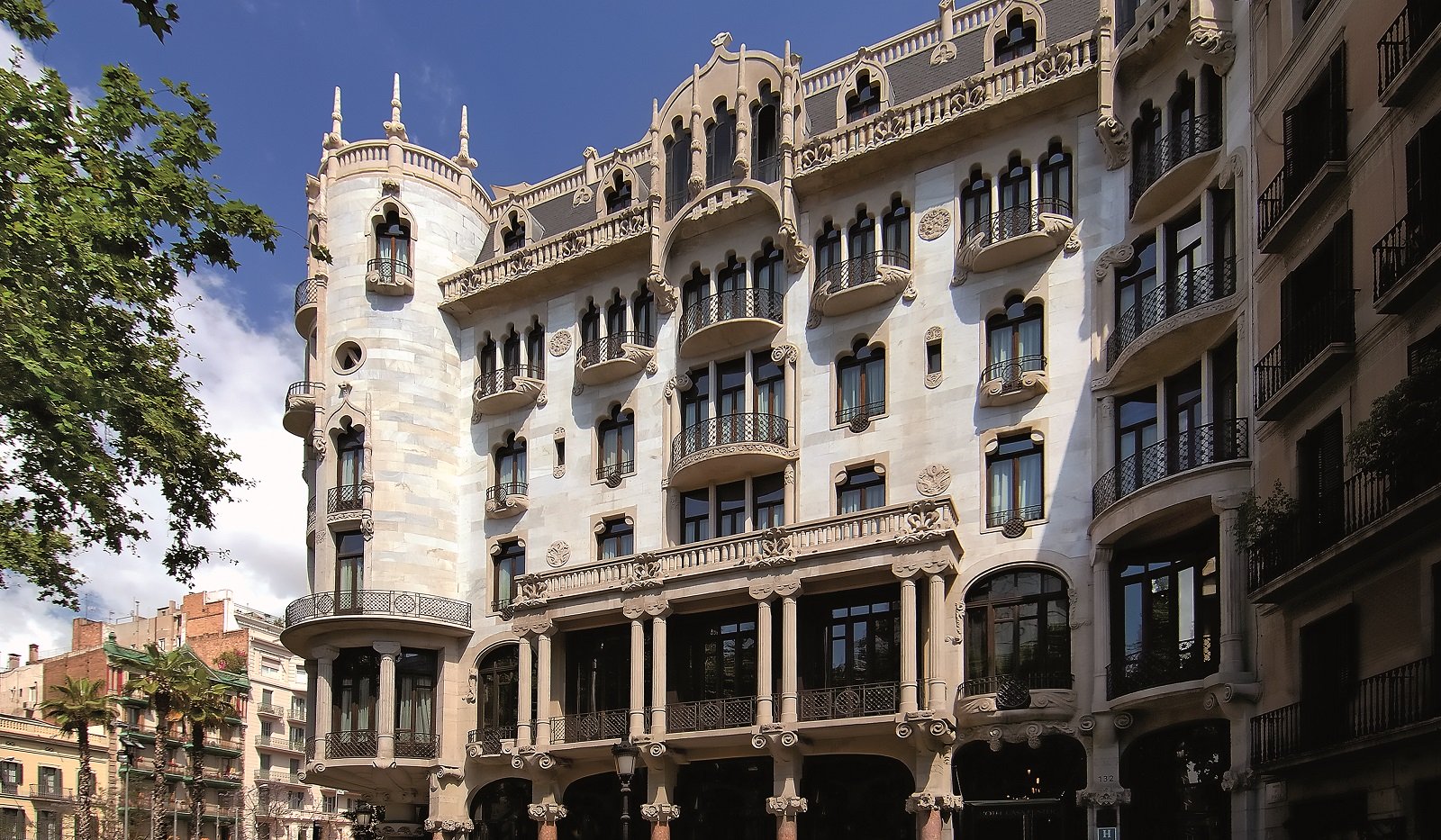 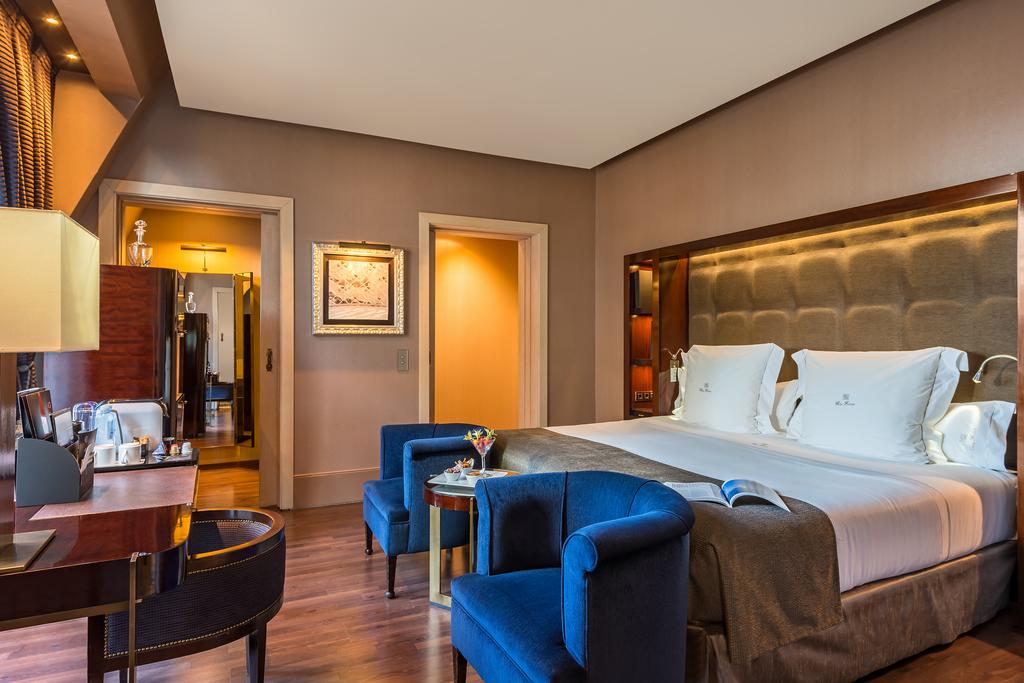 Housed in the former headquarters of Barcelona’s cotton guild, this luxurious hotel belongs to Marriott’s set of independent boutique hotels – the Autograph Collection. Its remodeling was entrusted to renowned Spanish interior designer Lázaro Rosa-Violán, who transformed the building into a sophisticated and timeless blend of neoclassical and colonial style, with cotton theme popping up in the decoration every here and there. Apart from the name and the initial purpose of the building, some of its original elements have been conserved as well, including the imposing marble staircase, delicate parquet and wooden decorations on the ceilings. Another design highlight of Cotton House is the famous spiral staircase built in 1957, the only one of its kind in Europe, which is suspended six floors up with metal cables.
Gran Via de les Corts Catalanes, 670, Barcelona, web 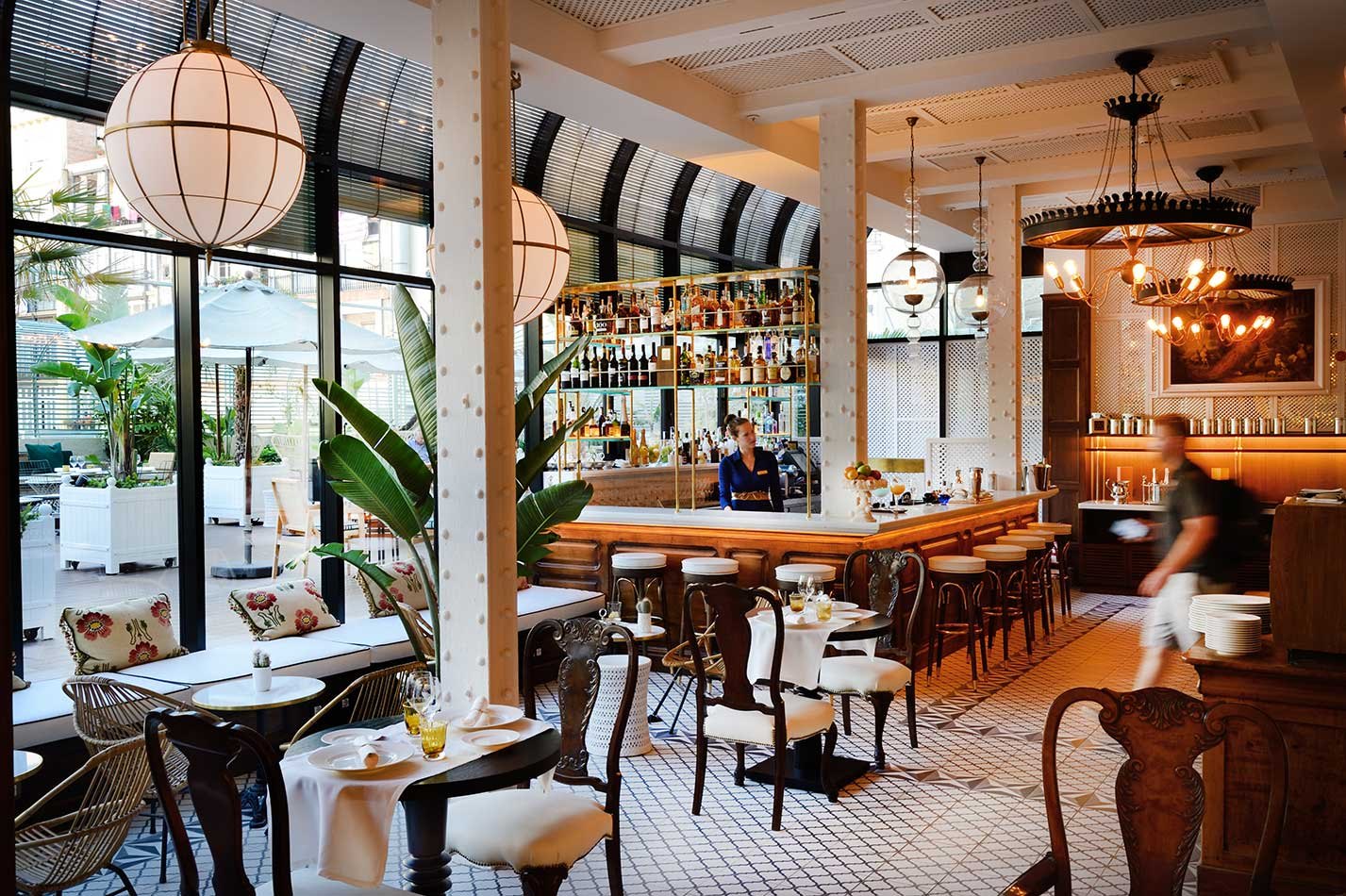 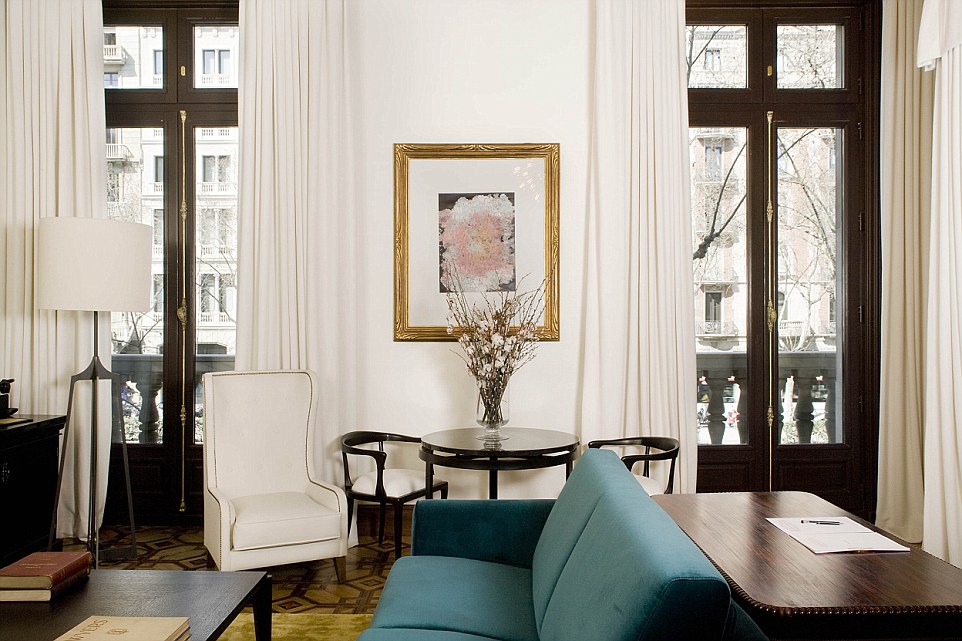 An 1869 neoclassical building was refurbished into an affordable designer hotel preserving the original hydraulic floors – one of the hallmarks of Barcelona’s modernism, ceilings and sliding doors, but rather than an ordinary soul-less hotel, this place was conceived as a meeting point for creative energy with a focus on local design and produce. Interior and industrial design, gastronomy, literature, music, you will find a little bit of everything here, just come and discover for yourself.
Gran Via de les Corts Catalanes, 700, Barcelona, web 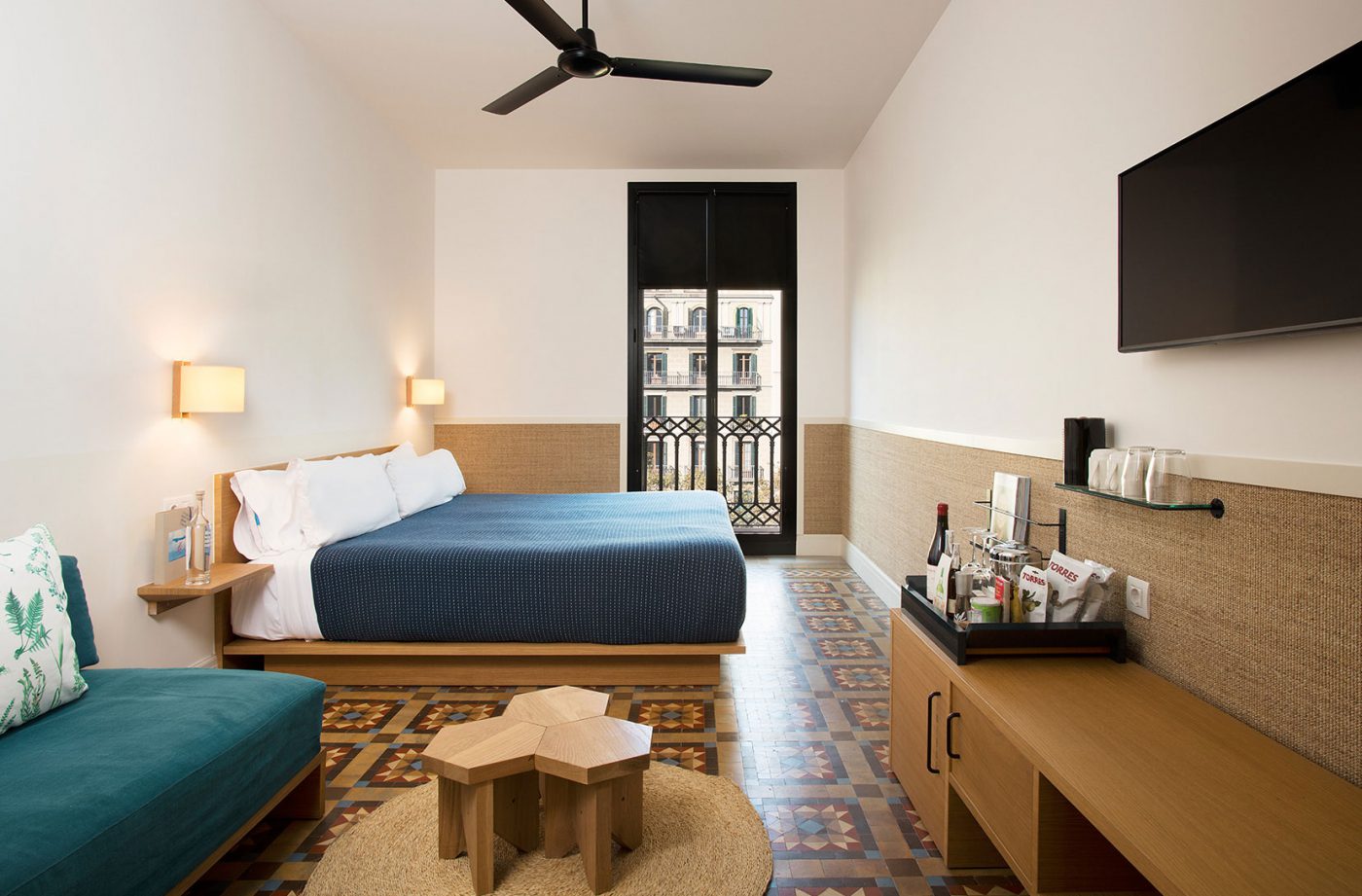 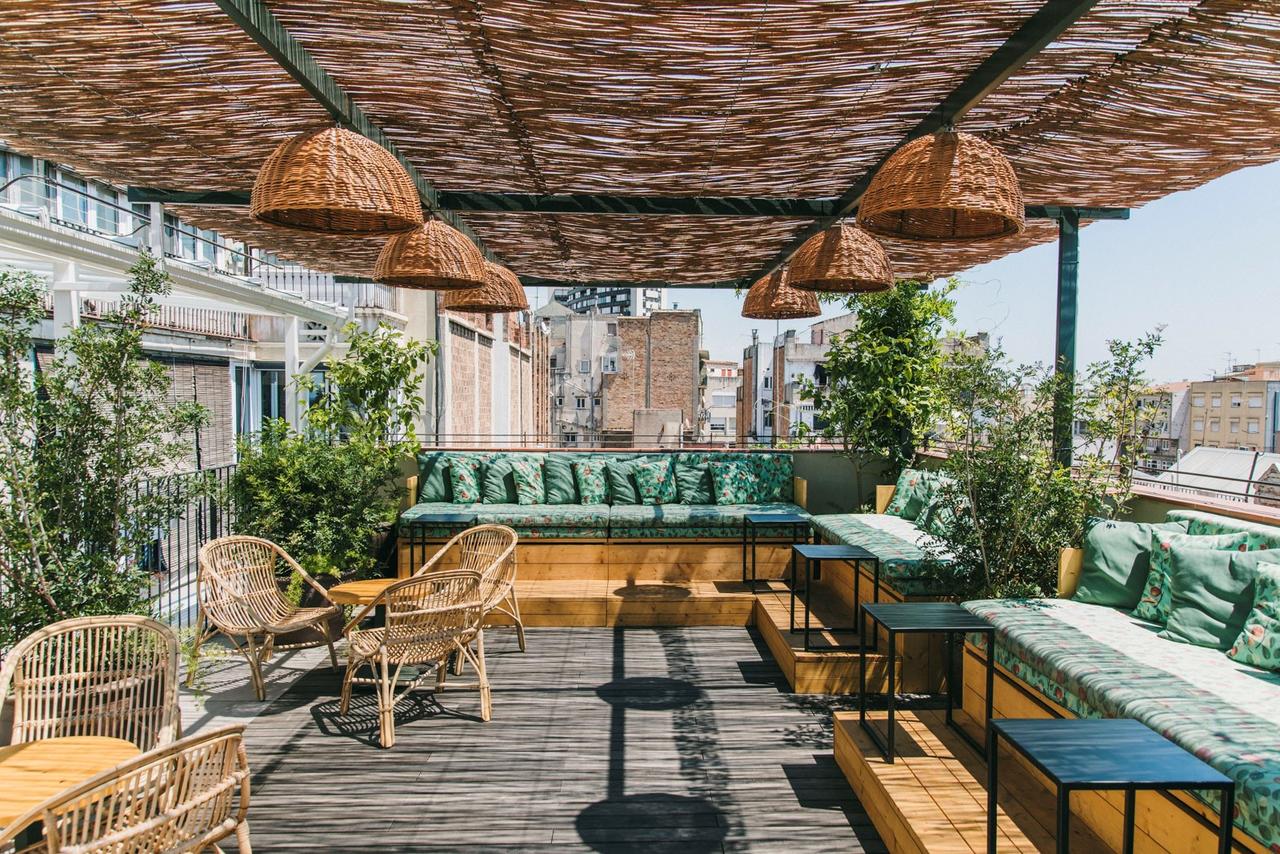 El Palauet Living comprises six stunningly chic suites in the higher part of Passeig de Gracia, equipped with carved mouldings  and crispy white furniture from iconic designers such as Charles & Ray Eames, Arne Jacobsen, or Philippe Starck and housed in a 1906 modernist mansion built by architect Pere Falqués. You will also enjoy a rooftop spa, an ipad to control everything in your temporary, but very smart home – lighting, temperature and much more. Finally, a personal assistant assigned to your suite will help make your Barcelona experience even more unforgettable.
Passeig de Gràcia, 113, Barcelona, web

A member of Majestic Hotels, this 4-star boutique hotel located a short walk away from Plaça Catalunya reopened in 2015 after a remodeling by local interior design studio Luzio. The new concept is trendy and multicultural, drawing on a mix of diverse materials and objects from different origins and styles. You will find doors sourced from Asia and the Balearic islands, French lamps, traditional Catalan hydraulic tiles on the floor, a very eclectic mix indeed! Predominant colours are white and blue, with pops of gold, adding to the ambiance of sophisticated elegance with vintage flavour.
Pelayo, 14, Barcelona, web 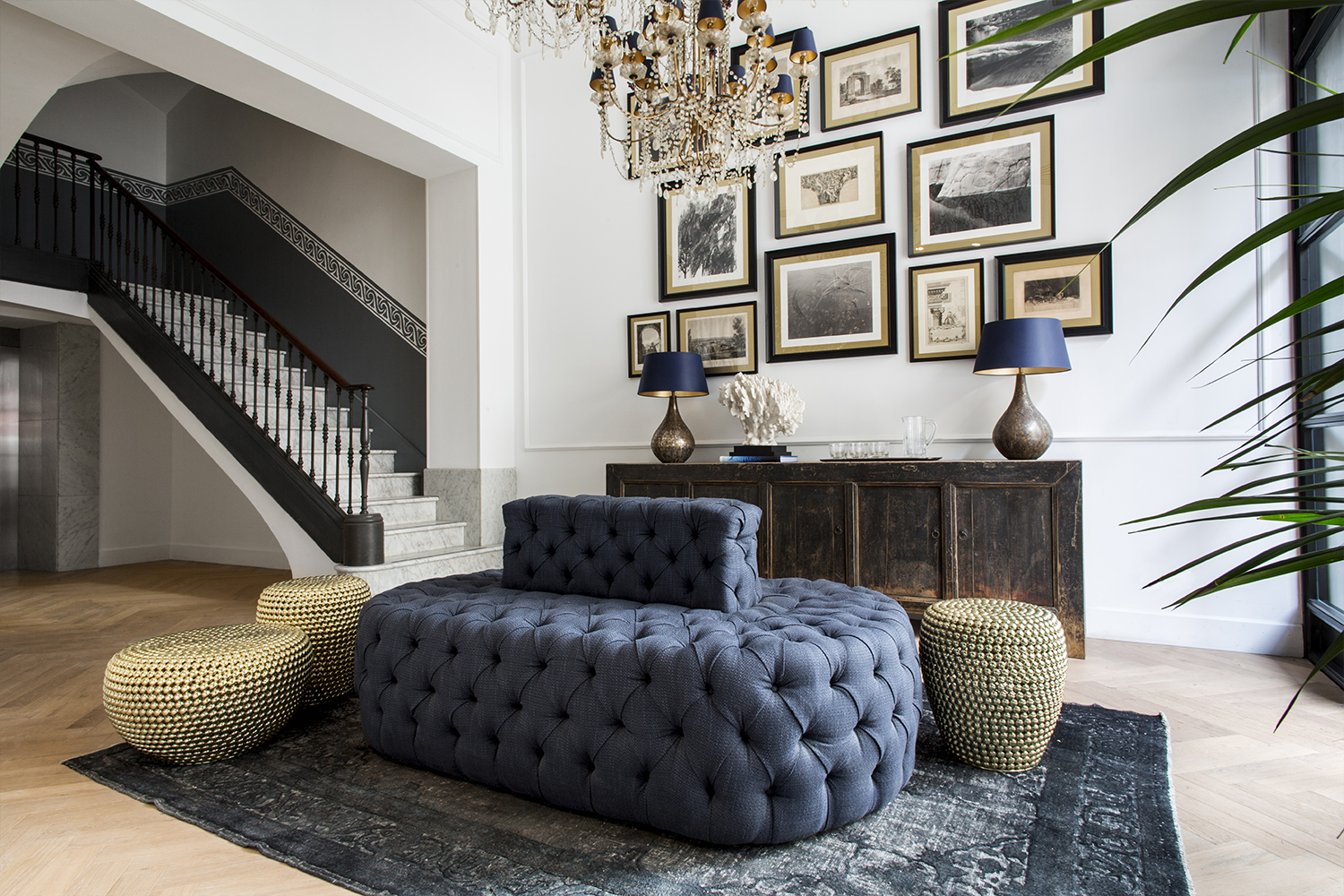 This new hotel is located in el Raval, a neighborhood which has a somewhat dingy reputation, but in fact it is very centric, alternative, multi-cultural and just as safe as any other place in Barcelona. Housed in a futuristic oval-shaped building, Barcelo Raval Hotel is a symbol of the area’s transformation and modernity with its super vibrant and edgy interiors with black, white, fucsia, green and some gold and silver dominating in the colour palette. And don’t miss the spectacularly decorated restaurant on the ground floor – B Lounge.
Rambla del Raval, 17-21, web 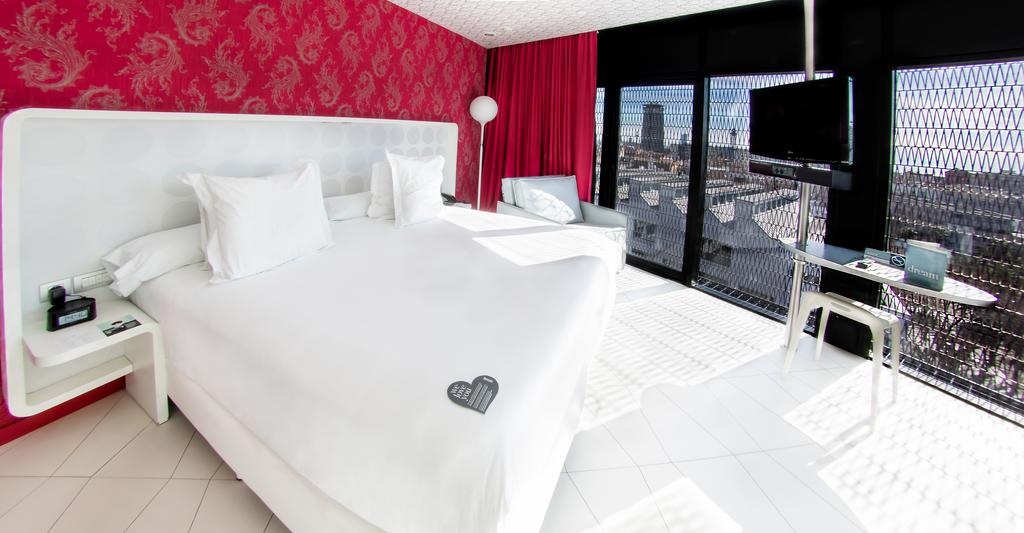 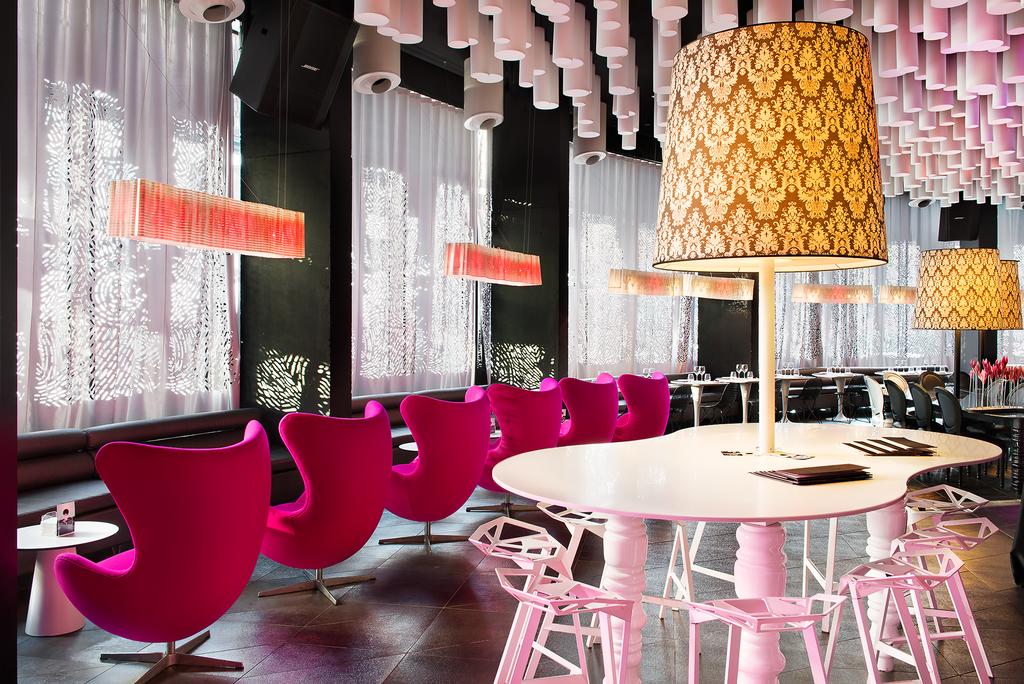 A luxurious 5-star hotel housed in the 19th century Vedruna palace, member of Derby Hotels Collection, located a couple streets away from Gaudí´s La Pedrera. The facility was refurbished a few years ago to transform every room into a true piece of art, an eclectic and sophisticated space featuring a head-spinning selection of materials and decor accessories: rosewood, ebony, root and aged oak woods, carved sandstone moldings, titanium granite slabs from Brazil, gold leaf on the walls, Egyptian linen, flashy velvet, hand-carved mirrors, 17th century Venetian Murano lamps, hand-painted frescoes, wood and stone carvings from different cultures and ages, Ming and Shang dynasties Chinese pottery, ceremonial objects from indigenous peoples of Africa, and most importantly, the Claris Hotel houses a unique collection of Pre-Colombian art “The Maya and the splendour of America”. Made up of over fifty pieces of work, the exhibition focuses especially on creations of the Maya civilisation, but also includes other pre-Colombian cultures of Mesoamerica, the Central Area and Western Mexico, as well as the Andean Area.
Carrer de Pau Claris, 150, web 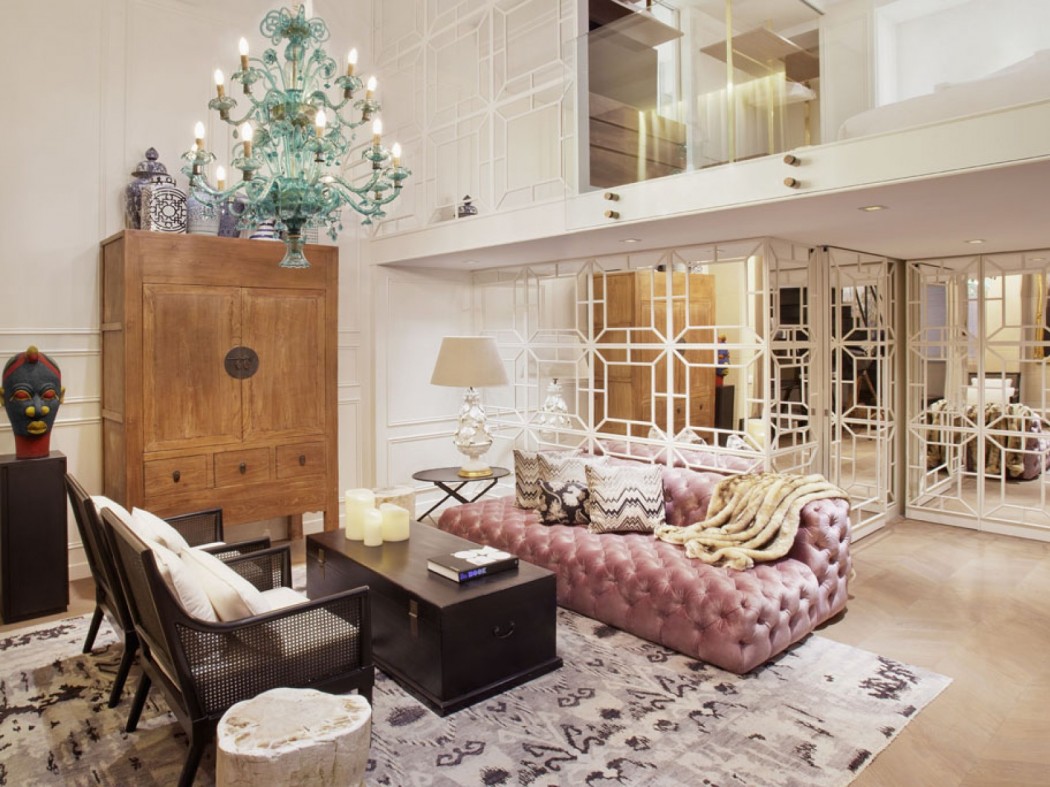 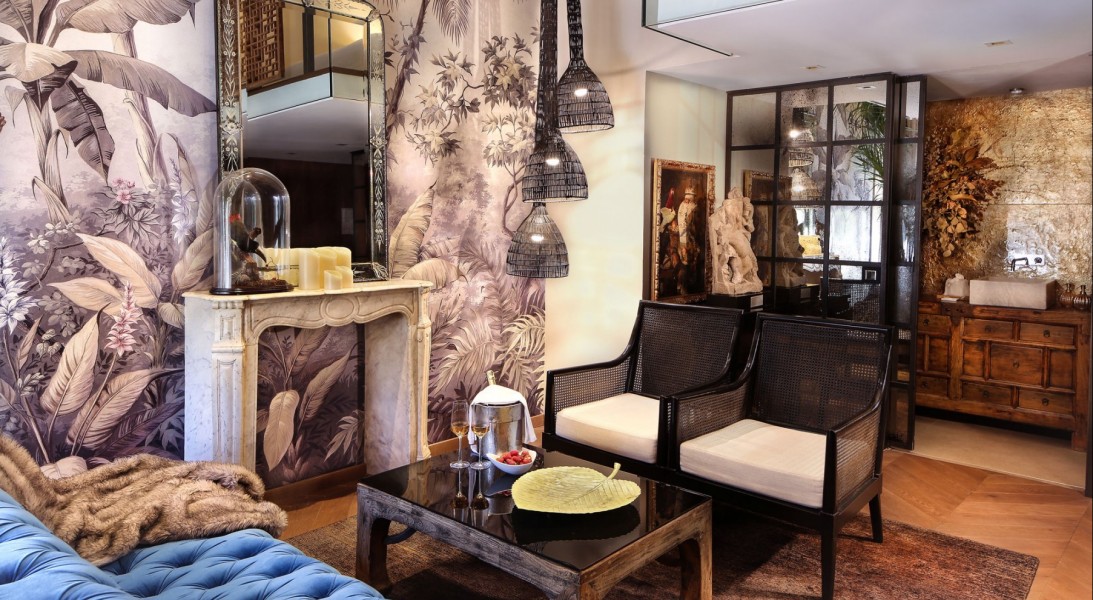 Do ancient stones make your heart beat faster? If so, how do you like the idea of a luxurious hotel set up in a medieval house built around the remains of Roman Wall of Barcino, going back as far as the 1st century AC?! A medieval facade, 17th century columns marking out an internal patio with orange trees, bare stone walls, original wooden beams in the rooms, a library located in the former guard rooms of the Roman wall…and there is also a terrace with stunning views on the dome of Santa María del Mar and Barcelona cathedral, as the hotel is situated in the heart of the Gothic quarter, a few steps away from Jaume 1 metro station. This place is really something different!
Carrer dels Lledó, 7, web 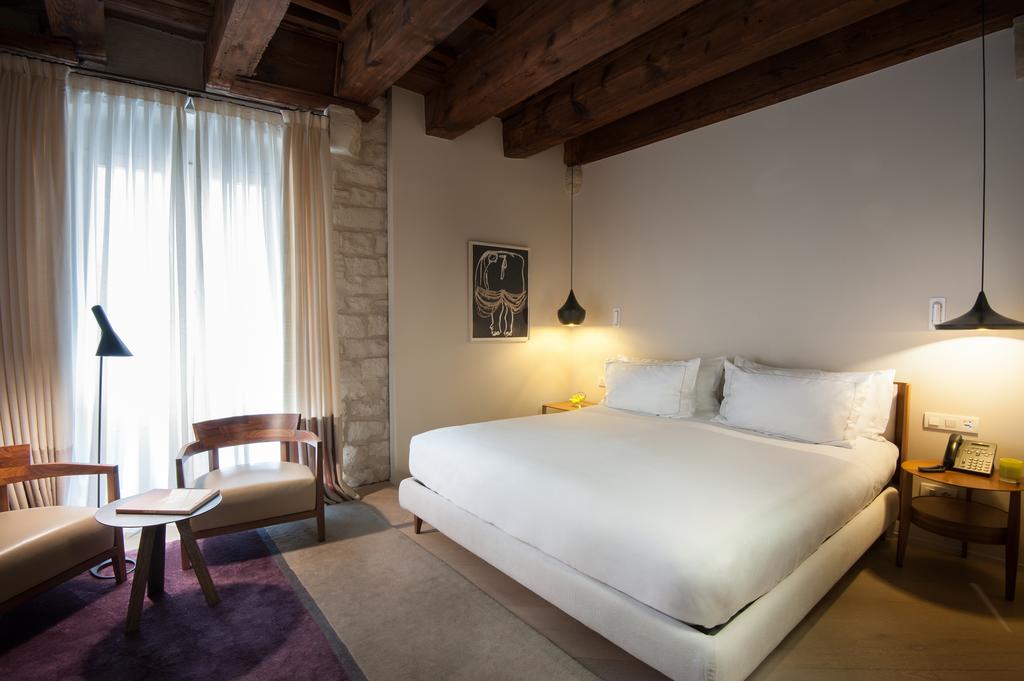 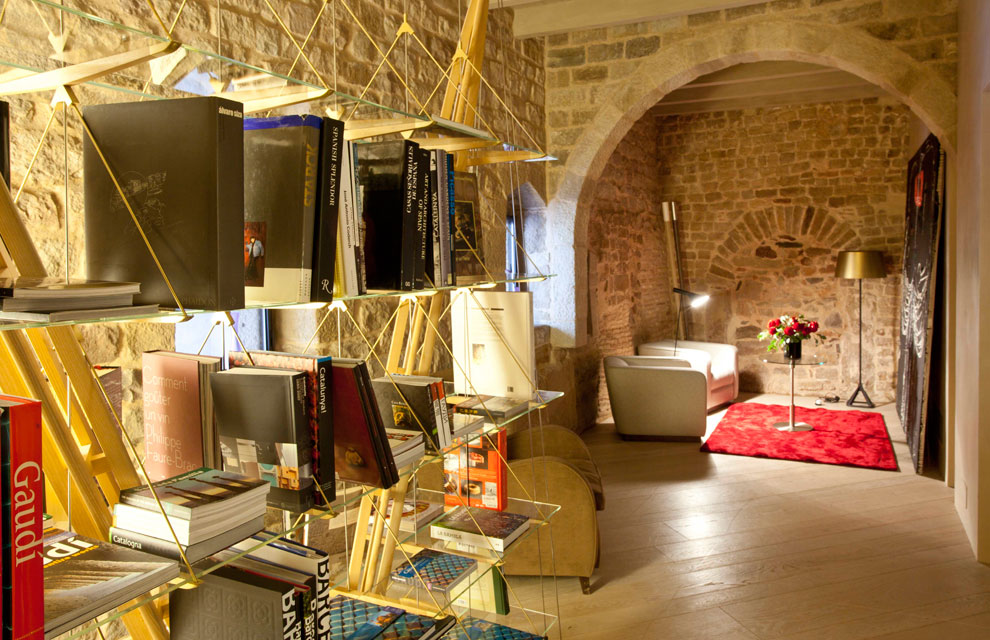 Another relatively new hotel located in the Old Town, just a short walk away from the bustling Barceloneta and old port (Port Vell), the Wittmore feels like a Mairfair private gentlemen’s club with its elegant English country styling, dim lighting, and an adults-only, no-photo policy, although the ground floor bar and the rooftop terrace are designed for mingling and very popular with locals. The entire hotel, which only has 22 rooms, revolves around its vertical garden, a layout designed by the architectural firm Ballarín – Grinyó in collaboration with the interior designer Pilar Lebanon.
Carrer de Riudarenes, 7, web 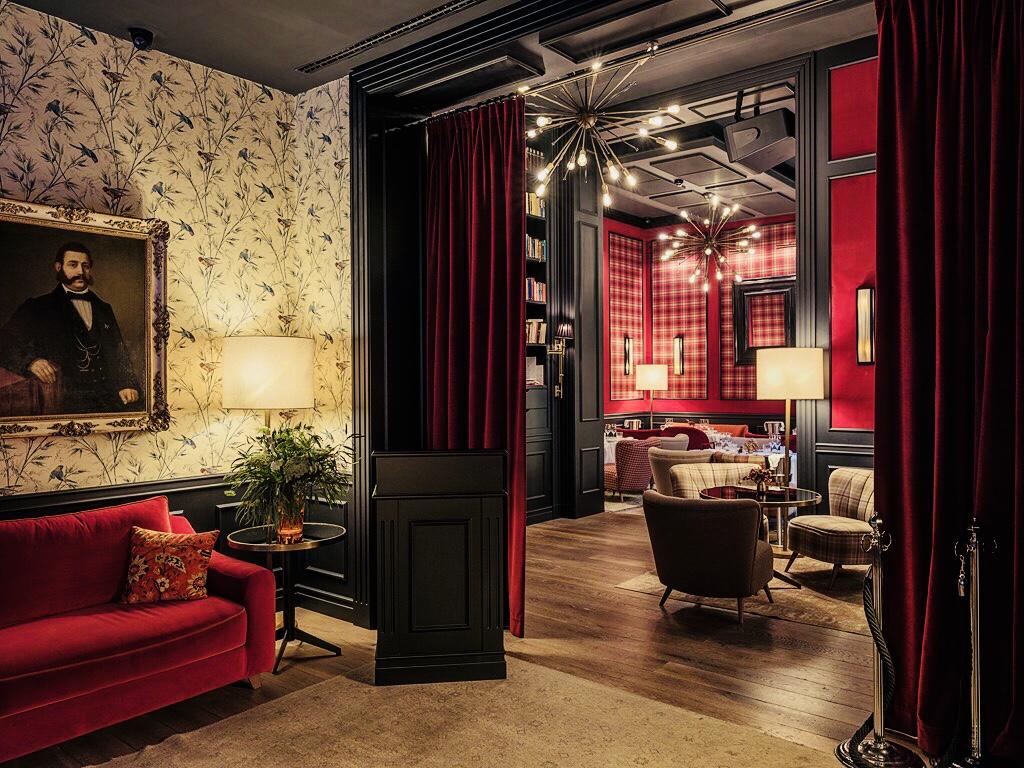 Finally, another designer hotel in Eixample, just one block from the glittering Passeig de Gracia, Casa Mimosa is a wonderful example of a traditional 19th century Catalan style building and contemporary, yet timeless and very elegant, interior design. Warm and sober color palette, noble materials, such as stone, brass and oak and walnut wood, make the place look beautiful and comfortable, as if it was a standalone and not a chain hotel.
Carrer de Pau Claris, 179, web 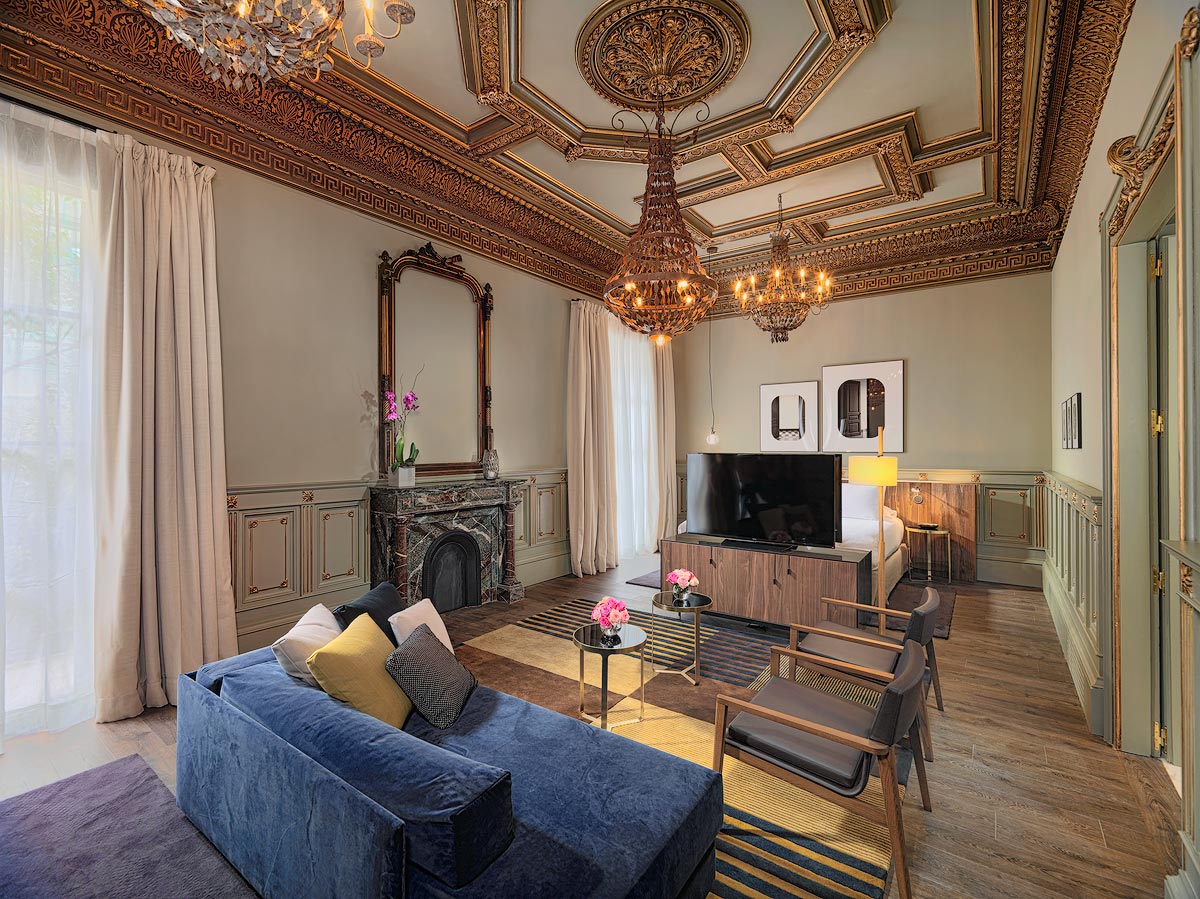 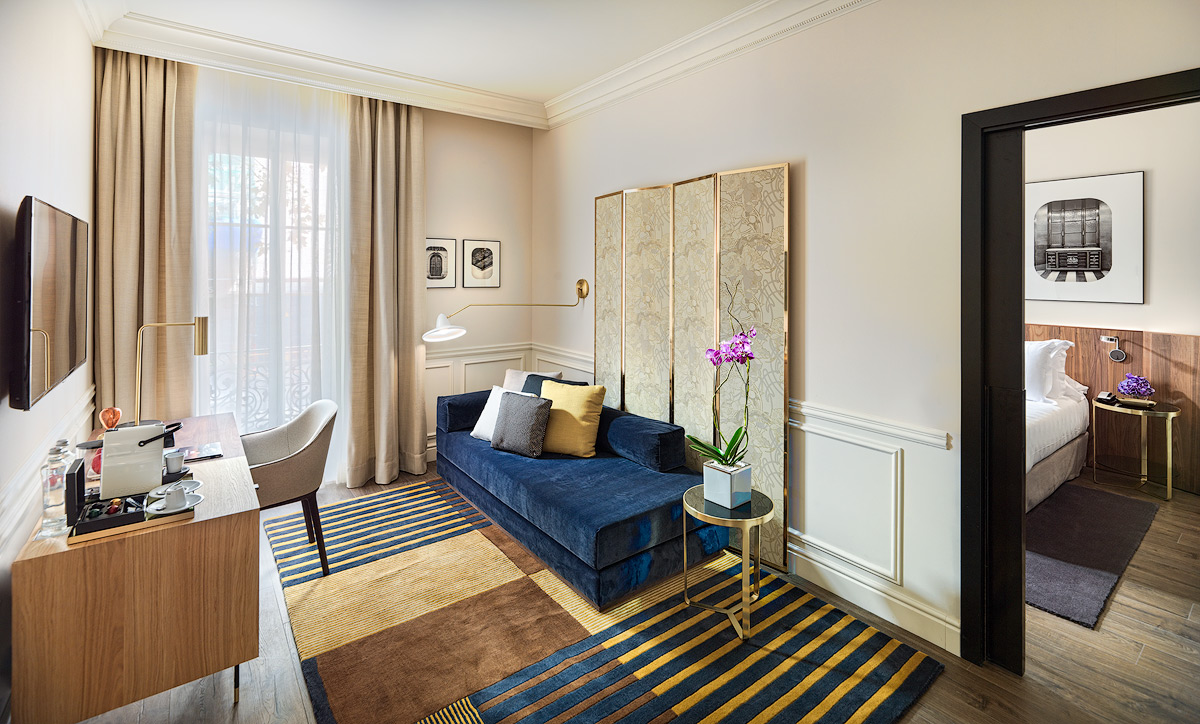